A poem about the rise in gentrification in London, making references to migration along with landmarks of my childhood, such as Deptford Market and the Heygate Estate.

The aim of the piece is to highlight the increase in living costs and ‘ cool hipster retreats’ that are currently taking great effect in London.

The poem’s structure along with the short stanzas, reinforces the colloquialism often placed on pressing matters such as Gentrification.

The piece was constructed as a part of a programme that was funded by the Arts Council and entitled TheTaleOf2Cities. The project took place in Hackney, East London and included work by four other young artists and writers. 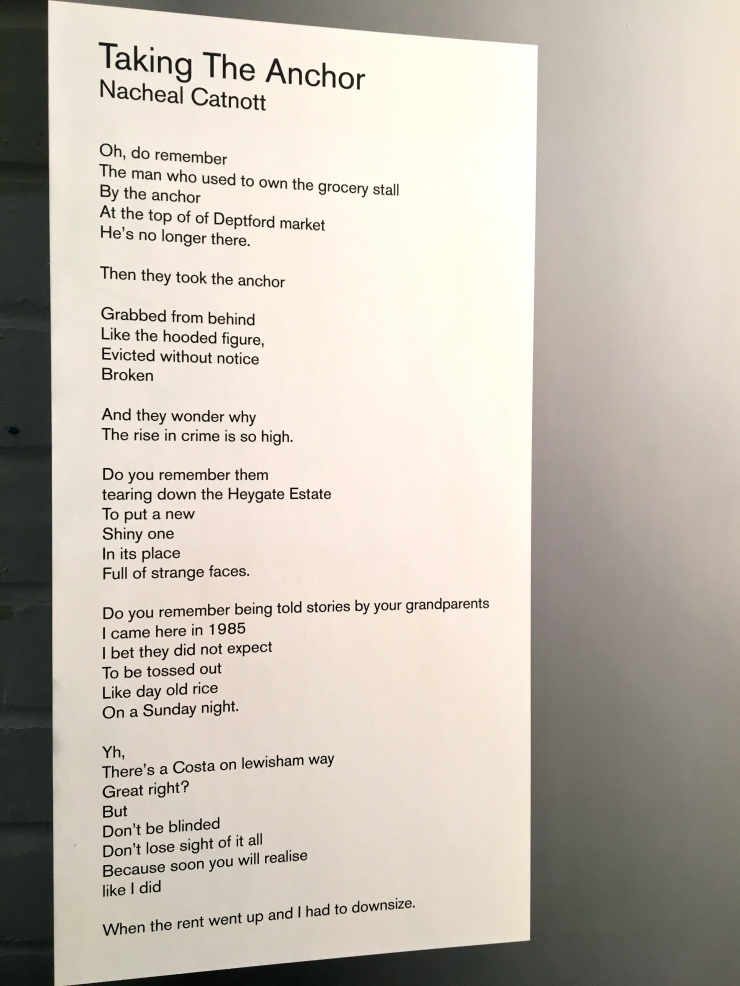 The piece was later shown at the South London Gallery, as part of their young filmmakers screenings during summer of 2016 and was critiqued and chosen in conjunction with The Guggenheim.